You know you want to play Archeage, you just don’t know where to begin. The class system is unique, but also kind of confusing. 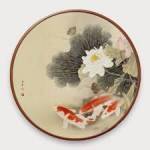 You know you want to play Archeage, you just dont know where to begin. The class system is unique, but also kind of confusing. Where on Earth should you start with Archeage builds? If this is your first time jumping in then it is nice to have a few pointers to set you off facing in the right direction. So read on to find an Archeage guide designed to help you find your footing in this incredible free-to-play MMORPG.

Never Let Your Labor Max Out: Labor is used for just about everything that makes you money, including farming, mining, crafting, and even opening coin purses and identifying equipment. So if someone told you your bank account capped out at 5000 gold and they would give you 10 gold every 5 minutes as long as you werent capped, you would always find a way to keep your account below the max, right? Well, the same thing goes for labor. You dont have to get it down to zero each day, but make sure to burn some labor before logging off if youre close to the cap. You could spend a few minutes at your favorite mining spot or open up any coin purses you still have hanging around in your inventory. If you need to bur a lot of labor, go ahead and make some bound tax certificates; youll need them anyway and at 300 labor a pop it only takes a minute to clear up that cap space.

Fly Higher: The experimental glider you are given for free works ok if youre jumping off a cliff and want to land softly somewhere below, but it becomes less useful on more level ground. Fortunately, it only costs 30 gilda to purchase the upgraded models. The upgrades are found on Mirage Isle are well worth the trip. The upgraded glider gives you an extra push into the air when you take off that can even vault you over an incline that is too steep to climb. What a time saver. As an added tip, make sure to equip each upgraded glider as you make it earn an achievement that rewards you with a glider chest.

Get a Little Salty: The Blue Salt quest line is important for anyone interested in the vocational skills of AAU. The quests will net you a ton of free goods, not the least of which is an 88 farm. The starting quest becomes available when you hit level 30, and as such is located right along with that spot of your main storyline. The Blue Salt quest giver, Tasha, doesnt have the typical exclamation mark above her head. Instead, she intuitively has a small green sprout floating above her. Located in eastern Halcyon, Tasha can be found just north of the road in Solisa. The quests run side by side with your story quests, so be sure not to miss picking this one up if you dont want to spend the time to come back and run this series separately (like I did).

Level Up Your mount and Pet: Your mount and battle pet gain levels just like you, so make sure you have them out at all times. They are both pretty squishy so make sure you stop by the Stablemaster and pick up some gear for them. The coins you invest in their armor will help keep them alive and earning XP, and your mount will even get a speed buff!

What Every Archeage Beginner Should Know

On the other hand, if youre only an Archeage beginner, then theres no better time than now to hop on the Unchained bandwagon. To get you ready for months and months of Unchained MMO goodness, here are some of the basics to take note of.

Like most medieval fantasy-based MMOs, youll be choosing your race and class. With the former, aside from their looks, you also get a specific set of abilities. They are as follows:

Nuians the games human race, they are builders that worship the goddess of the afterlife. As such, they get a combat boost upon returning from death, and are quick in constructing buildings.

Elves true to the usual elven lore, they are close to nature. Living near Gweonid Lake, they swim faster and can hold their breath longer.

Dwarves short, stocky, and hardy, they are known for mining and fighting.

Firrans nomadic feline beastfolk, they are agile climbers and can safely tumble from dizzying heights.

Harani humans on the eastern continent, they gather materials faster, and can get back to safety just as quickly.

Warborn a race that once hunted dragons, they are well-versed in battle.

Stick to Your Play Style

There are six North American servers to choose from, but they arent all populated equally. Many of the large PVP guilds rushed onto Wynn and Tyranos at launch, and the queues that are still present 3 weeks later prove they arent releasing their hold. It also means that when you are fortunate enough to log in you can expect well geared and skilled players ready to crush you under their boot. The other servers are still busy and have their own populations of hardcore players, but casual players have a better chance of finding their way against others closer to their level. In short, the gaming experience varies by the server so dont just rage quit and never come back until you test the waters on all of them.

No matter what server you find yourself on, there is always the pressure to keep up with the Jones. Some of the hardcore players may like this, but for a more casual player, it can cause burnout. ArcheAge Unchained is a sandbox game for a reason, and although there may be a bestest path to end game, unless you are wanting to top the leader boards there isnt any reason to alter your chosen playstyle.

Hit Up Aegis Island at 45

If you aren't level 50+ when the story quests sends you to Diamond Shores, all is not lost. Aegis Island is the best place to grind from level 45 to 50. The mobs are pretty easy to kill, and the XP will rain down on you at up to 20k per kill. Players in the area will all be doing the same thing, so group up and youll be level 50 (or higher) before you know it. An even faster option is to beg a higher level guildie to come along and let them do all the work while you reap the rewards.

Do you want to buy the rare item you've always wanted? Or perhaps you're looking to spend it all on that equipment/weapon set you've been eyeing for some time? Then buy Cheap ArcheAge Unchained gold for just a small fee right here, right now! Why work up a sweat trying to earn your way through the game when you can easily get the gold you need instead? https://www.igvault.com/ArcheAge-Unchained-Goldhas tons of offers to satisfy your every gaming need! Click Archeage Unchained Price to know more information