Using mobile is dangerous while driving that is why there are several radars that can track you if you are using a mobile phone while driving. 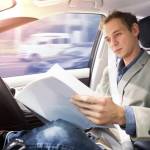 The use of amobile phone behind the wheelhas increased in recent years, becoming one of the biggestdistractionswhile driving.For this reason,Transport for NSW, the body responsible for infrastructure and roads in New South Wales (Australia), has launched anew radar systembased on artificial intelligence capable of detecting those driverssince November 29.Who uses themobile phone behind the wheel?

According to the government agency for Transport of New South Wales, this new device will reduce deaths on Australian roads by a third in just two years.This system already works, although at the moment onlywarning lettersare being sentto offending drivers.Within three months, Transport for NSW will begin issuingfinesfor mobile misuse,ranging from $ 344 to $ 457and the withdrawal offive points from the driver's license.

In the Australian state, approximately45 detection cameras equipped with infrared flashhave already been placed, which stand out mainly for their precision, since they manage to capture the infraction in adverse conditions and even at night.Also, as it is a system that combines radar and a camera, it is capable of operating in motion, evenat 300 kilometers per hour.

Theartificial intelligence algorithm ofthese radar cameras is in charge of reviewing all the captured images and detecting those that could lead to a violation due to the use of the mobile device.The rest of the images that do not show any danger behind the wheel are automatically removed after one hour.For their part, the images showing an infringement are sent to authorized personnel who are in charge of evaluating whether the action is punishable or not.

In Spain, the use of mobile phones while driving is also among the main causes of distraction for drivers.For this reason, who knows, maybe in a few months, the DGT takes the example and also decides to establish this system on Spanish roads. A public safety message brought to you by Auto for Trade, a used car dealer in the United Kingdom.

Back to Blog
Tags: radars, mobile use detection,

The radars that detect the use..