The Misconception of Daily Bread

Are you in God's Will or are you in The Misconception of Daily Bread? 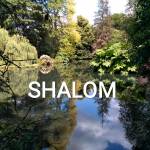 The Misconception of Daily Bread;

Are you in Gods Will?

The evil one has always been busy trying to twist the Word of God; It started in the Garden of Eden with Adam and Eve in which he succeeded; But, not so with Christ Jesus before He started His ministry; the Devil did not succeed. St. Matthew 4:1-11.  And, maybe within this scripture is the lesson by Jesus, that we should know and understand the Words of God, before we start our Ministry of teaching others.

In this scripture is one of the greatest misconceptions of The Gospel of Jesus Christ; Psalm 37:25 states: I have been young, and now am old; yet have I not seen the righteous forsaken, nor his seed begging bread. This Bread is the Daily Bread, the seed is your inner Spirit Man, and it’s all spiritual!

Give us this Day our Daily Bread. St. Matthew 6:11. In this scripture we are depending upon God and not man to provide Bread for our Spiritual seed within us, but yet, this is all to do with Spiritual food, obedience and the Faith of Jesus Christ. And, yet here is one of the greatest of the metaphors: St. John 6:35 Jesus said to them I am the Bread of Life; he who comes to me will not hunger, and he who believes in me will never thirst.

Psalm 37:25= yet have I not seen the righteous forsaken, nor his seed begging bread. This is a Spiritual concept, and metaphor. And such as the response that Jesus gave to Satan; St. Matt. 4:4; It is written, Man shall not live by bread alone, but by every word that proceedeth out of the mouth of God.  And He said Unto you it is given to know the mysteries of the kingdom of God: but to others in parables; that seeing they might not see, and hearing they might not understand. Now the parable is this: The Seed is the Word of God. St. Luke 8:10-11. Righteousness is the Waters for the Seed of God:  For as the rain cometh down, and the snow from heaven, and returneth not thither, but watereth the earth, and maketh it bring forth and bud, that it may give seed to the sower, and bread to the eater: So shall my word be that goeth forth out of my mouth: it shall not return unto me void, but it shall accomplish that which I please, and it shall prosper in the thing whereto I sent it. Isaiah 55:10=11.  Therefore the word of God is established in the waters of righteousness. Yes, this means that the seed that has been placed in you needs to be watered by your obedience in the Righteousness of Faith.

Now, we go to Elijah in 1Kings 17:8-16. And remember the scripture clearly says: yet have I not seen the righteous forsaken; This means that Elijah was not forsaken, because he was a righteous man. He obeyed the Word of God in which was his daily bread. This also means that his seed was not begging for spiritual bread. Therefore his seed was already full, or should I say established. And so now it is his job to go and bless someone else in their obedience in the righteousness of God, and for what God has placed in their heart.   8. And the word of the Lord came unto him, saying, Arise, get thee to Zarephath, which belongeth to Zidon, and dwell there:  behold, I have commanded a widow woman there to sustain thee. So he arose and went to Zarephath, and when he came to the gate of the city, behold the widow woman was there gathering of sticks: and he called to her, and said, Fetch me, I pray thee, a little water in a vessel, that I may drink. And as she was going to fetch it, he called to her, and said, Bring me, I pray thee, a morsel of bread in thine hand. And she said, As the Lord thy God liveth, I have not a cake, but an handful of meal in a barrel, and a little oil in a cruse: and, behold, I am gathering two sticks, that I may go in and dress it for me and my son, that we may eat it, and die. And Elijah said unto her, Fear not; go and do as thou hast said: but make me thereof a little cake first, and bring it unto me, and after make for thee and for thy son. For thus saith the Lord God of Israel, The barrel of meal shall not waste, neither shall the cruse of oil fail, until the day that the Lord sendeth rain upon the earth. And she went and did according to the saying of Elijah: and she, and he, and her house, did eat many days. And the barrel of meal wasted not, neither did the cruse of oil fail, according to the word of the Lord, which He spake by Elijah.

So, does this mean that Elijah was a righteous man begging for bread? No, not in the Spiritual realm, And, nor was he a righteous man forsaken; No, it was because of his seed and the word that was in him of which the widow obeyed, and she was blessed beyond measure. You see, Satan would have us to believe that this man Elijah, was a man begging for bread, therefor meaning that he in no way could be a righteous man of God, because he is begging for bread. But, now we know that, this is not what the scripture is saying.  Yet have I not seen the righteous forsaken; Meaning Elijah did what he was told to do, and therefore he was sustained. 1Kings 17:9.  So if this woman were to have listen to the words of Satan, and believed not, that Elijah was a righteous man of God, and not obeyed the commandments of God, she would have missed out on her Blessing and provisions of the Lord God. With that being said, God had already put a word in her heart, and she obeyed the commandments of the Lord God.  The evil one never wants you to be blessed by God, or to receive the Glory of God; he will always lie to you, and twist the truth of your blessing.  So Test everything.  And, Study to show thyself Approved by God. 2nd Timothy 2:15.   Are you in God’s Will? Then don’t fall for “The Misconception of Daily Bread”

From the Campfires of Mahanaim, Apostle D.L. Mackminister

Recent Articles From: Ask The Apostle

Popular Articles From: Ask The Apostle

The Misconception of Daily Bre..
January 1,2020